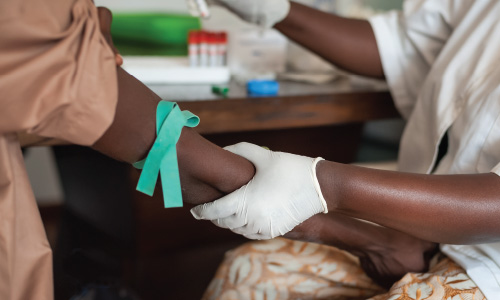 A new outbreak of Ebola was recently reported in a remote area of the Democratic Republic of the Congo (formerly known as Zaire), spurring a quick response effort from the World Health Organization.

Unfortunately, this outbreak is not the only one the country is facing.

“The announcement comes as a long, difficult and complex Ebola outbreak in eastern Democratic Republic of the Congo is in its final phase, while the country also battles COVID-19 and the world’s largest measles outbreak,” noted WHO.

Ebola symptoms include fever, headache, muscle pain, and chills, with advanced cases resulting in vomiting or coughing blood. Ebola is classed as a viral hemorrhagic fever. It’s thought that Ebola spread to humans from animals, with fruit bats, monkeys, chimpanzees, gorillas, baboons, and duikers being likely transmitters. Transmission between humans is by direct contact with blood, body fluids, or the tissues of infected humans or animals.

As public health agencies scramble to confront this latest outbreak, they do so with the help of genetic testing applied to prior outbreaks.

The 2014 Ebola outbreak, which infected nearly 30,000 people and killed more than 11,000, with deaths occurring in five west African countries and the US, prompted an international team to collect virus samples from patients who lived near the outbreak origin site, in Sierra Leone. Researchers analyzed Ebola’s genome and found more than 300 genetic differences from viruses responsible for past outbreaks.

Results showed that the 2014 outbreak diverged as early as 2004 from an outbreak recorded in central Africa. The team also found more than 50 mutations and that the first infection, which was from an unknown source in 2013, was followed exclusively by human-to-human transmissions. The virus was brought to Sierra Leone by 14 people who had been at the funeral of a traditional healer in Guinea who had treated Ebola patients.

“This study highlights the need for continued ‘genomic surveillance’ to track and try to slow the evolution of this virus as the outbreak continues,” WHO said. “Understanding the genetics of the virus will also help in the development of new and improved drugs and vaccines.”

The WHO project was followed by a more extensive sequencing project led by a team of mostly Chinese researchers who collected and studied Ebola virus genome sequences in Sierra Leone and discovered 11 virus lineages in the country, including three major ones.

In a 2019 comment published in The Lancet, researchers noted the successful use of reverse genetics to study why Ebola outbreaks were becoming larger and lasting longer and help generate a vaccine. That comment was in response to an earlier study published in The Lancet which used phylogenetic analysis of Ebola virus whole-genome sequences to find that there were at least two Ebola virus strains in a 2013–2016 outbreak in Democratic Republic of the Congo; the two strains grew at different speeds, the study found, but reached similar tissue culture infection yields—both were susceptible to inhibition by remdesivir.

Other genomic testing has revealed more information about how Ebola spreads. For example, a researcher from the Scripps Research Institute used next generation sequencing to determine how Ebola spreads and found that sexual transmission was also possible.

To be effective, sequencing must be “quick,” noted genomeweb, but if done successfully could lead to early diagnosis and help head off a new outbreak before it spreads widely.

“The way to do that,” said Scripps Research Institute's Kristian Andersen, “is with sequencing.”