Jeff Horrigan | May 20, 2020
IDT scientist Neal DenHartog has authored a series of young-adult fiction books that has drawn worldwide fans and praise.

As the team lead for Integrated DNA Technologies’ Chemical Processing Reagents Group, Neal DenHartog doesn’t have to do much writing at work. Other than composing emails or updating the occasional procedure, his duties are primarily within the lab.

When he gets home, however, DenHartog more than makes up for his occupational focus on the letters C, G, A, and T. The Clear Lake, Iowa, native has authored a series of young-adult novels called The Dream Defenders, and his works have begun to develop a worldwide audience.

“It seems a little surreal when I think about it,” DenHartog said. “Getting feedback from readers has been even more satisfying than simply publishing. A couple of months after my first book came out, I got an email from a reader in New Zealand who gushed about how much she loved the book. It blew my mind that someone from across the globe read it and liked it that much. Those are the sorts of things that make it all worth it.”

Available on www.nealdenhartog.com, the books focus on the fictitious life of 14-year-old Nolan Erling, whose dreams have been infiltrated by Aeryn Sandman, of the DREAM Institute, a secret organization tasked with protecting the world’s population while they sleep. While she is attempting to convince him to join their protective force, Nolan unwittingly unleashes a pair of dream creatures that had been locked away in a restricted area of the dream world. It triggers a series of captivating adventures that set up the second book in the series, The Dream Defenders – The Dagda Ring.

“Right now, the goal is to write enough books to bring the series to a satisfying conclusion,” DenHartog said. “I have a bad habit of getting really into my hobbies and losing interest down the road. I would hate to leave readers hanging, especially since there is an overarching mystery surrounding the main character that I am slowly revealing with each book.” 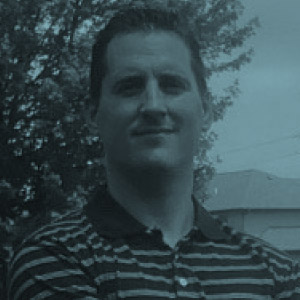 Writing books has been a lifelong dream that most likely sprouted from having a mother who was a librarian.

“The idea for the book series began brewing in 2007,” DenHartog said. “I actually wrote a really horrible draft back then that only vaguely resembles what eventually became the published version. There are definitely going to be more in the series, but I have no idea how many at this point. The second book was just released, and I have plans to publish a short story set in between books two and three, and then the third book sometime (in 2020).”

He said that people might be surprised to find out that his job at IDT actually involves creativity, too.

“We do deal with facts and data, but most scientific fields would never have advanced without a lot of really creative people designing experiments, making discoveries, and questioning how things work,” DenHartog said.

And being a scientist can sometimes help the writing process, as well.

“It has a positive indirect effect in that it allows my book ideas and creativity some time to breathe,” he said. “I think one of the pitfalls of being a full-time writer would be to constantly push to get your ideas on the page. I don’t think writer’s block is an actual thing, but sometimes really great ideas just need some time to flesh themselves out. You’d be surprised by the number of times I come up with a solution to a particularly trick plot point that’s been bugging me for a few days while waiting for a tanker truck to download.”