Nov 16, 2020
Who will benefit most from a malaria vaccine? One study seeks answers 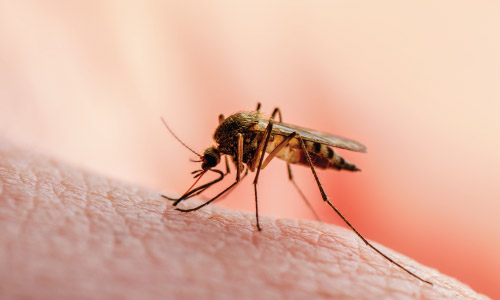 Genetics studies are helping researchers confront pests in Africa that collectively claim thousands of lives a year. Some 93% of malaria deaths globally are in Africa, and the most recent sleeping sickness outbreak lasted nearly 30 years. Thankfully, studying the genetic makeup of these two troublesome diseases is helping to curtail their human toll.

At first glance, the tsetse fly looks about like any of the other 120,000 species of flies that exist in the world. Most are between a quarter-inch and half-inch long, their color varies from yellowish-brown to dark brown, and they have six legs. They live only in tropical Africa.

But despite their similar appearance, the tsetse fly is not your ordinary picnic-ruining housefly. It causes African trypanosomiasis, perhaps better known as african sleeping sickness. Thankfully, genomic research is offering new hope for controlling this pest.

“A bite from a tsetse fly is an extremely unpleasant experience,” reports the BBC. “It is not like a mosquito, which can furrow its thin mouthpart directly into your blood, often without you noticing. In contrast, the tsetse fly's mouth has tiny serrations on it that saw into your skin on its way to suck out your blood.”

Sleeping sickness is caused by microscopic Trypanosoma brucei parasites. While the proportion of tsetse flies infected with the parasites is low, reports the Centers for Disease Control and Prevention, the downsides are significant. Sleeping sickness can include fever, severe headaches, extreme fatigue, skin rashes, confusion, personality changes, and death. The onset of the disease can be slow—symptoms of the East African variant may not occur until three weeks after a bite, while symptoms for West African trypanosomiasis may take months to even a year. In addition to its effect on humans, the tsetse fly has had a profound impact on agriculture and cattle ranching in the region, notes the Food and Agriculture Organization of the United Nations.

A team of researchers from Kenya has now identified tsetse fly specific chemosensory gene orthologs and their putative ligands as potential candidates for downstream functional genomic and field validations.

As reported on PLOS Neglected Tropical Diseases, the validations could yield new tsetse fly attractants, repellants, and pheromones, which, combined, could incrementally improve tsetse fly control strategies. Those current strategies, notes the World Health Organization, include odor-baited traps and screens impregnated with insecticide. While effective and cheap, they are labor and management intensive. Ground and aerial spraying are effective but cost-prohibitive for most African communities.

“Recent advances in molecular technologies and the availability of genomic information could lead to the development of new control strategies aimed directly at the fly or its parasite transmission ability,” the World Health Organization adds. “Genomics of tsetse symbiotic bacteria are of interest. Since, in the absence of their gut flora, tsetse flies are severely impaired in their longevity and reproduction.”

Battling malaria: Predicting who is most likely to be protected by a malaria vaccine

The tsetse fly research comes on the heels of another study about a disease that plagues tropical regions—malaria. This study, published in Science Translational Medicine, found that gene expression signatures may be able to predict which individuals are more likely to be protected by a malaria vaccine before it is administered.

Historically, malaria was found across much of the globe, particularly in warmer, wetter regions. Today the disease is found primarily in tropical Africa, Asia, and Central and South America. Malaria, which is caused by the bite of an infective female Anopheles mosquito, can cause nausea, fever, vomiting, and diarrhea, while advanced cases can include an enlarged spleen, enlarged liver, jaundice, seizures, coma, severe anemia, acute kidney damage, and death. Some who suffer from malaria may find they relapse months or even years when the once-dormant liver-stage parasites reactivate. While malaria mortality has been trending downward for the past decade, the scope of the disease is still vast: in 2018, reported the World Health Organization, there were an estimated 228 million cases worldwide causing 405,000 deaths. Arica was home to 94% of all malaria deaths worldwide, and children under 5 years accounted for 67% of all deaths globally.

Malaria prophylactics are relatively cheap and easy to obtain, but most are taken by travelers to infected regions, not residents. Recommendations for those living permanently in malarial areas typically rely on the prevention of bites—remaining indoors from dusk to dawn, removing pools of standing water, covering the body with clothing when outside, and using fans indoors and mosquito netting when sleeping.

Malaria vaccines have had mixed success, and the World Health Organization currently says none are commercially available, though more than 20 are in some stage of trials or development.

In the study, Spanish-led researchers examined the transcriptomic profiles of peripheral blood mononuclear cell samples collected from children following GlaxoSmithKline's Mosquirix (RTS,S) immunization and adults before and after chemoprophylaxis and sporozoite (CPS) immunization.

The RTS,S vaccine is being tested in large-scale pilot studies in Africa and has had moderate efficacy in early trials. The CPS method has exhibited high efficacy in controlled infection studies but not in natural exposure.

"This suggests that we could identify individuals who lack such baseline signatures and give them a higher CPS vaccine dose, or simply boost their immune system before vaccine administration to improve its efficacy," first author Gemma Moncunill, from ISGlobal in Barcelona, said in a statement.

While traditional public health strategies focus on education, prevention, and awareness, researchers in the lab are now playing a central role in understanding the mechanisms of many of diseases and finding their weak spots and targets to exploit to address previously unsolvable threats to large populations.