The CRISPR-Cas9 System has been adapted for genome editing in eukaryotic cells. In cultured cells, this method involves adding 3 main components: a CRISPR RNA (crRNA), which contains the DNA-targeting protospacer sequence; trans-activating CRISPR RNA (tracrRNA), which binds Cas9 nuclease; and Cas9 nuclease, which creates blunt-ended cuts in genomic DNA that are repaired by either non-homologous end joining (NHEJ) or homology-directed repair (HDR) pathways. 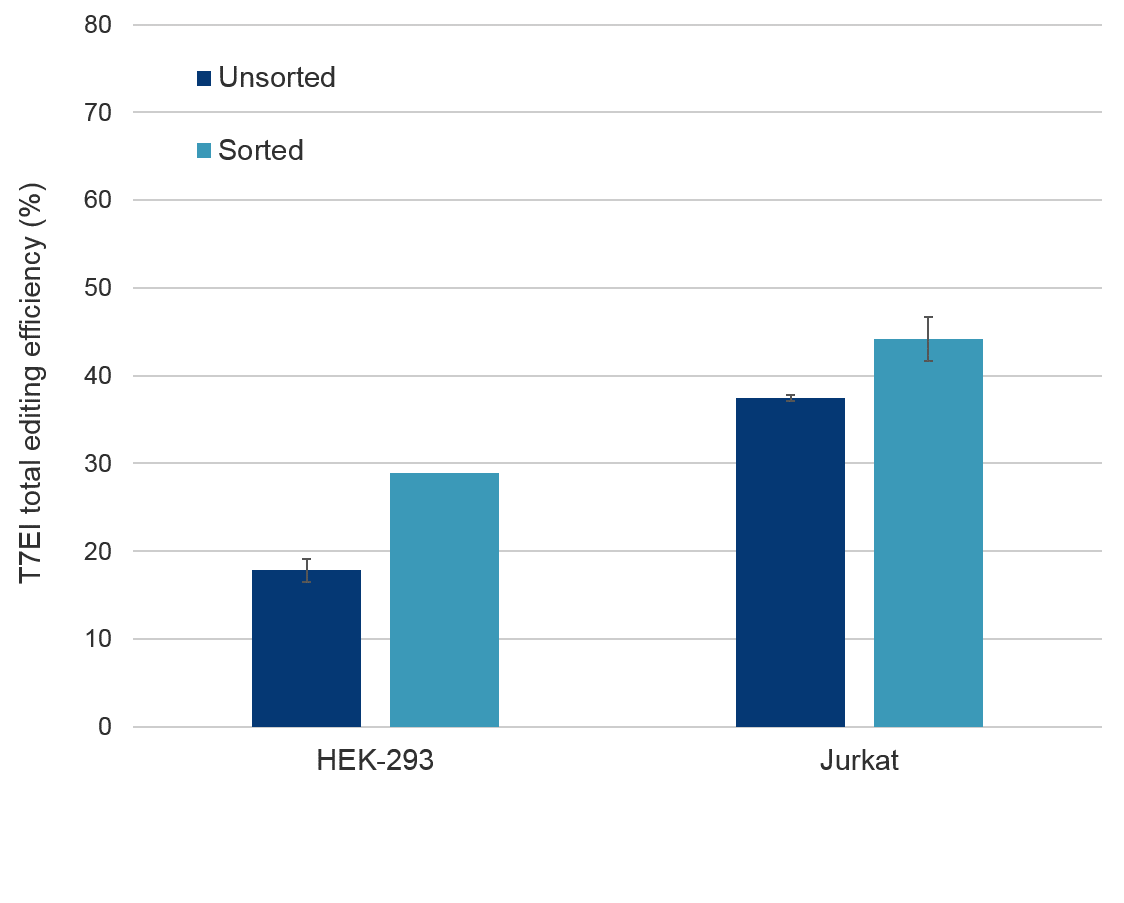 The Alt-R® CRISPR-Cas9 tracrRNA has previously been optimized by adjusting its length to increase editing efficiency and by adding chemical modifications to increase resistance to nucleases. IDT scientists have conducted additional experiments to determine the best fluorescent dye and dye positions within the CRISPR RNAs for labeling. Alt-R CRISPR-Cas9 tracrRNA – ATTO™ 550 is the result of these studies. The addition of a fluorescent dye to the tracrRNA does not affect ribonucleoprotein delivery or genome editing performance. Instead, the fluorescent dye makes it possible to: