Modification highlight: Did you know that methylene blue, one of the stains commonly used in cytology, can also function as a reporter molecule in non-colorimetric assays? Learn about the novel use of methylene blue in aptamer-based, electrochemical biosensors for both diagnostics and basic research applications.

First prepared in 1876 as a chemical compound, methylene blue has been known as the “first fully synthetic drug used in medicine” [1]. In the early days, its utility was widely acknowledged as a therapeutic treatment for methemoglobinemia, an often-inherited blood disorder, as well as for malaria infection [2,3]. In addition, it has found numerous applications in pathology and cytology. As a stain, methylene blue is internalized by dead but not living cells. This property led to its use in a simple colorimetric method developed in the early 1980s to assess cell viability [4]. Methylene blue is also broadly used as a redox indicator in analytical chemistry. It produces a blue solution when dissolved in an oxidizing environment and will turn colorless when exposed to a reducing agent.

Over the past decade, methylene blue has demonstrated utility in development of aptamer-based, electrochemical biosensors for both diagnostics and basic research applications. Aptamers are synthetic oligonucleotides that bind to target molecules with high affinity and specificity through their 3-dimensional structures [5]. When used as biosensors, aptamers are frequently modified at one terminus with a redox reporter, such as methylene blue. The other terminus of the aptamer is immobilized on an electrode through other modifications, such as thiol groups (Figure 1). Upon interaction with their targets, the electrode-bound aptamers undergo conformational changes that affect electron transfer efficiency between the reporter moiety and interrogating electrode (Figure 2) [6]. In one pioneering study published in 2007, researchers immobilized the methylene blue–modified, binding-responsive oligo onto a gold surface via a thiol linkage, and then challenged the sensors with complicated biological samples. By monitoring the Faradic current produced by the interaction between the redox molecule and electrode surface, the scientists successfully signaled the target at picomolar levels [7].

The above study is just one example of the novel electrochemical detection schemes that employ a methylene blue–modified aptamer as a recognition element. Thanks to the ever-improving aptamer selection strategies, it is possible to develop aptamers for virtually any sophisticated target molecule. The reversible electrochemical property of methylene blue provides the advantage of reagent-free and reusable target recognition. Without the need to wash or add exogenous reagents, the biosensors using methylene blue can function continuously and in real-time. These attributes make this class of biosensors appealing in a broad range of areas, such as point-of-care clinical diagnostics [8,9]. 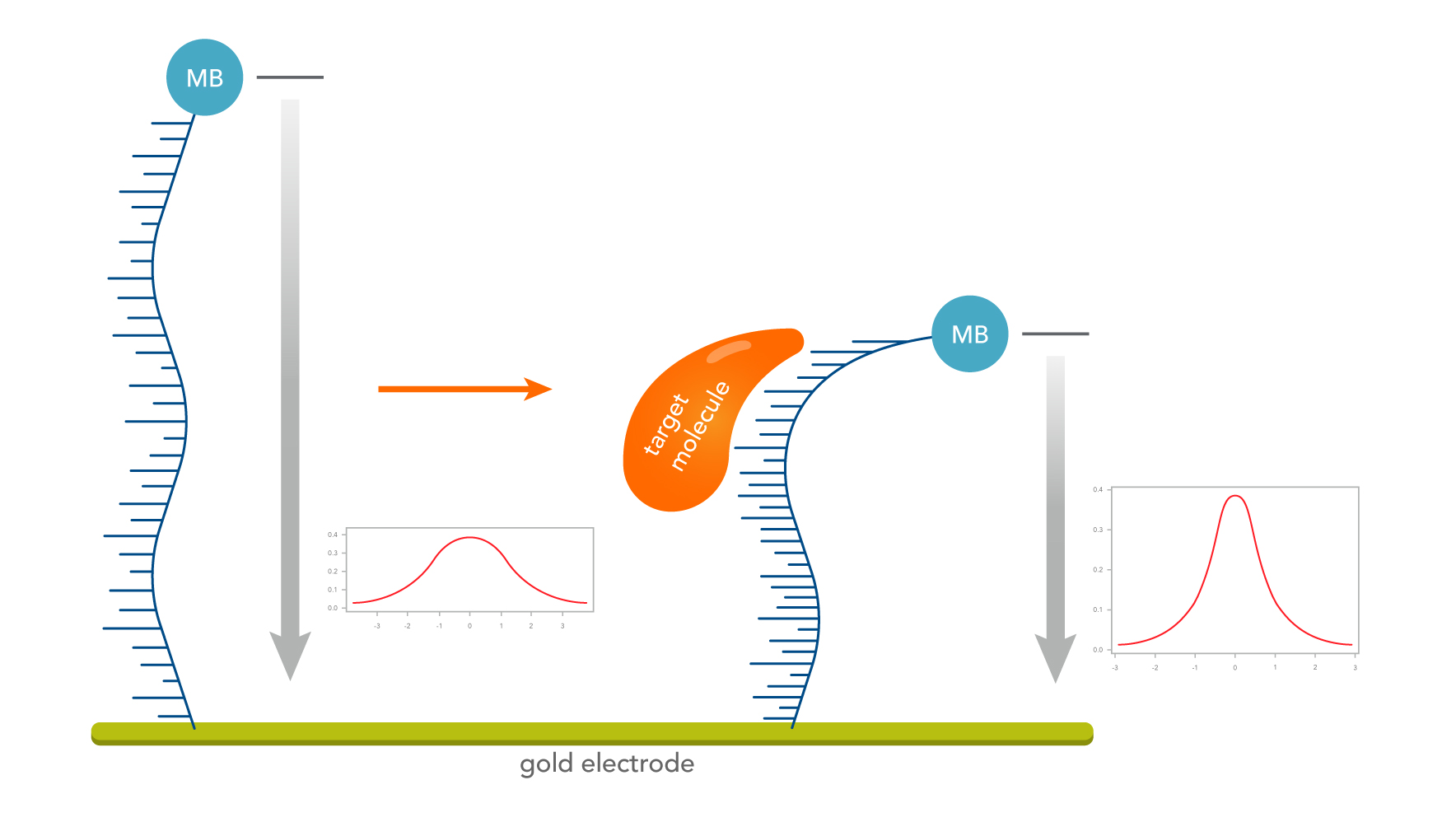 IDT attaches methylene blue to an oligo post-synthetically. It is attached through an amino modifier, incorporated during the synthesis process, using NHS ester chemistry. Methylene blue is offered as an “off-catalog” modification when it is desired at the 5′ or 3′ end of an oligo, and can be ordered directly through the IDT website by using the proper modification code, /5MeBlN/ or /3MeBlN/. To order an internal methylene blue modification, please email noncat@idtdna.com with your account information, and request scale and sequence designs.