Donna Dubuc | Dec 2, 2020
Gene editing discovery changes practice, potential, and the face of biotechnology with a Nobel Prize for CRISPR-Cas9. 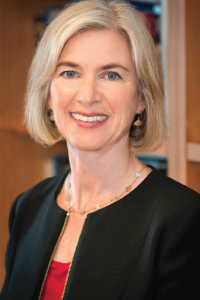 Jennifer Doudna, PhD
2020 Nobel Laureate
A two-woman team set new scientific and gender milestones by earning the most prestigious award in science for potentially the most significant scientific discovery of the 21st century—faster, easier gene editing.

Jennifer Doudna, PhD, an American biochemist at the University of California, Berkley, and Emmanuelle Charpentier, PhD, a French medical microbiologist at a Max Planck Society institute in Germany, made CRISPR history by winning the 2020 Nobel Prize in Chemistry. Often called “genetic scissors” or a molecular “Swiss Army Knife”, CRISPR-Cas9 can make double-strand breaks in DNA. This discovery rapidly revolutionized many areas of research, including drug development, diagnostics, and agriculture. 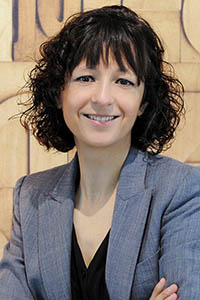 Emmanuelle Charpentier, PhD
2020 Nobel Laureate
(photo: Hallbauer&Fioretti)
It is the first time an all-woman team has taken the award. “Only three times before now has a woman scientist won a Nobel Prize not shared with at least one man. Those greats are Marie Curie, Dorothy Crowfoot Hodgkin, and Barbara McClintock,” said Beryl Lieff Benderly, a prize-winning journalist who has written on science careers and scientists for Science, Scientific American, Discover, and other publications. “But now, for the first time, the world's most prestigious scientific prize honors not one but two women (and no men) for an epoch-making advance that has revolutionized whole fields of research.”

The Nobel Prize for CRISPR puts Doudna and Charpentier in the scientific spotlight for generations to come. A lack of women role models contributes to the gender gap in STEM, according to AAUW, the American Association of University Women. The CRISPR Nobel Prize may help spark or fuel scientific aspirations in girls and women. Currently, only 30% of the world’s scientists are women, according to the statistics branch of the United Nations Educational, Scientific and Cultural Organization.

From her home, in the pre-dawn darkness, when she received news of the her Nobel Prize, Doudna expressed hope for change. “Among women and girls, sometimes there’s a sense that, no matter what they do, their work will not be recognized the way it would be if they were a man. I hope that this prize and this recognition changes that at least a little bit,” said Doudna in a video published by the Universitzy of California, Berkeley.

From the other side of the globe that morning, Charpentier also addressed the gender issue. “I find it extremely nice that the award is going to two women. It is quite reflective of what you see nowadays. We collaborate with other scientists, and this just happened to be two women scientists,” said Charpentier in a video interview with Reuters.

Charpentier pointed out that the discovery's recency makes it a more accurate reflection of what the field looks like today. “One has to keep in mind that Nobel Prizes are awarded 20 or 30 years after the discovery. This discovery was only 8 years ago,” said Charpentier in the Reuters interview. 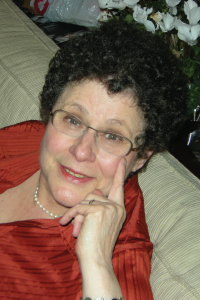 Beryl Lieff Benderly
Science Journalist
“Significantly, in choosing each other as collaborators, Charpentier and Doudna made a choice that reflects and helps continue the tremendous progress that women have made over recent decades in building major scientific careers and tackling major research problems,” said Benderly.
The CRISPR Nobel Prize pair’s collaboration started in 2011 with a stroll through the cobblestone streets of Old San Juan, Puerto Rico, where a scientific conference was underway. Doudna was there to present what her Berkeley laboratory had learned about how bacteria used CRISPR to stop viral infections.

At the time, Charpentier studied CRISPR in Streptococcus pyogenes, the bacteria that causes strep throat, impetigo, and even flesh-eating diseases in humans, at Umeå Centre for Microbial Research in Sweden, where she intended to leverage the isolation of long, dark winters to focus on her work. She hoped maybe to discover a new antibiotic. While making progress in characterizing the RNA involved in CRISPR, Charpentier was stumped by her own discovery. She found that a single gene produced a protein called Cas9, which was essential to the CRISPR system in S. pyogenes, but she didn’t know why it was needed.

After discussing their shared research findings and interests, the two decided that they would work together to decipher the role of Cas9 in CRISPR. With their small laboratories, they started conducting experiments that spanned the Atlantic. Charpentier had a post-doctoral associate, Ines Fonfara, and a student, Krzysztof Chylinski, in her lab. At Berkeley, Doudna had a single post-doctoral associate, Martin Jinek. To this day, Doudna makes a point of mentioning these laboratory staff whenever she can, which does not go unnoticed by those starting their careers in science. 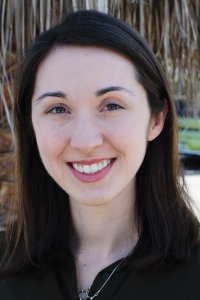 Alex Dainis, PhD
Science Communicator
“As a graduate student, I was inspired by Doudna and Charpentier,” said Alex Dainis, PhD, who is a science communicator at Helicase Media. “Watching them give talks and interact with other scientists was also inspiring. Doudna was always fast to give credit to the other collaborators and members of her lab who had contributed to the work, and the knowledge that you could be at the top of your field while also supporting and uplifting others was hugely important for me to see.”

The breakthrough that earned Doudna and Charpentier the Nobel Prize came when they linked two types of RNA together, transactivating RNA (called tracrRNA) and CRISPR-associated RNA (called crRNA), to create a single guide RNA that successfully attached to DNA so that Cas9 could make the planned cuts, thus proving that you could “program” gene editing.

“This refashioning of the CRISPR system was very significant. The native bacterial system works, but it’s quite complex. The Doudna/Charpentier work opened up its use as a research tool, and molecular biology has never been the same,” wrote Derek Lowe in Science Translational Medicine.

The Royal Swedish Academy of Sciences, who awarded Doudna and Charpentier the Nobel Prize for CRISPR, described the discovery as “rewriting the code of life” because it can change the DNA of cells and lab animals with exceptional precision.

“Never again can there be any question of women's ability and role in significantly advancing the progress of science,” said Benderly.

Though Doudna and Charpentier have been recognized as having discovered CRISPR-Cas9’s abilities, the bacteria itself is the true innovator. CRISPR (short for “clustered regularly interspaced short palindromic repeat”) was discovered in nature by pursuing fundamental questions about bacteria.


How CRISPR was Discovered

Some types of bacteria evade viruses by taking and storing snippets of viral genetic code. CRISPR describes how bacteria store viral invaders’ genetic material as short sequences at regular, repeating intervals into their genome. The viral codes are stored in a complex containing RNA and an enzyme, which can detect a virus with a matching sequence. When the complex finds a match, it uses the saved code to attach to the invader’s DNA and destroy it. Doudna studied CRISPR for six years before teaming up with Charpentier.

A tip from Jillian Banfield, PhD, University of California, Berkeley, sparked Doudna’s interest in CRISPR. Banfield, whose lab focused on DNA sequencing, called Doudna to say she had uncovered something curious. While working with viruses that infect bacteria, Banfield found bacteria commonly had a repetitive sequence in their genome containing fragments of viral DNA.  Banfield speculated, “I think this might be a bacterial immune system. But there is no evidence for it yet,” recounted Doudna in an interview with Dan Rather for iBiology’s Conversation in Science Series.

Doudna said she was “blown away” after reviewing Banfield’s data, “It was fascinating, and it seemed incredibly interesting that bacteria might have evolved in a way to adapt to viruses and then use little pieces of RNA to find those viral sequences and destroy them. So that’s what really got us started on CRISPR,” she told Rather.


Other Scientists Who Helped Discovery CRISPR

There were other candidates for a Nobel Prize recognizing CRISPR-Cas9. Like all scientific achievements, a series of findings led Doudna and Charpentier to their discovery of CRISPR gene editing.

As early as 1987, scientists in Japan noted an unusual pattern in the genome structures of Escherichia coli bacteria. A few years later, a doctoral student named Francisco Mojica, who had grown up exploring Spain’s beaches and marshes, started to study repeats in Haloferax mediterranei, an archaeal microbe with extreme salt tolerance. Mojica recognized the importance of the finding and gave the strange repeats their first name, which was soon replaced with CRISPR. In 2005, multiple scientists noticed that the bacteria with viral sequences were protected from viruses for which they carried a matching code.

Likewise, many scientists made CRISPR discoveries following the Doudna and Charpentier breakthrough. In 2013, researchers used CRISPR to edit human and other mammal cells. Progress builds each day as CRISPR is refined and improved. Today, an expanding number of enzymes are being used to edit genes.

CRISPR offers enormous potential to remove or correct the errors in genes that cause devastating diseases like cancer, diabetes, sickle cell disease, and neurodegenerative diseases. Scientists commonly use it to create or correct genomic errors in laboratory models to study causes of diseases in hopes of identifying new therapeutic targets.
Along with progress, however, come challenges. Expanded gene editing has created many ethical questions. Its use in plants is controversial, and its use in editing embryonic cells was deemed unethical. Continued study and conversation are needed to ensure CRISPR is used ethically, safely, and carefully.

Why is a Nobel Prize important for women in science?

“CRISPR has absolutely revolutionized biology. It has let biologists from all fields answer questions so much faster, efficiently, and economically than we could 5-10 years ago. From laboratory research to medical applications, CRISPR has changed what is possible even to imagine doing in the lab,” said Dainis.

By honoring two contemporary scientists for an achievement of this magnitude, the Nobel Committee elevated women to the highest echelon of authority, respect, and influence in what has been a male-dominated field, and in doing so redefined what scientific success looks like.

“It's wonderful to see these scientists recognized,” said Dainis, who remembers writing book reports on Marie Curie, another female Nobel Laureate.  “I can absolutely see young girls and boys looking up to these two amazing scientists as relatable and recent scientists who have made huge, notable changes in recent years. I would love for them to have more contemporary women to look up to!”

Keep learning about CRISPR with The CRISPR basics handbook.

Read more about women in science