Gene knockdown is temporary and often incomplete, unlike gene knockout, which is permanent and complete. In research laboratories, genes have traditionally been knocked down using small interfering RNA (siRNA) or short hairpin RNA (shRNA). These methods are still useful, but newer options using catalytically dead Cas9 (dCas9) or Cas13 proteins are also available. These CRISPR-based methods can offer advantages. 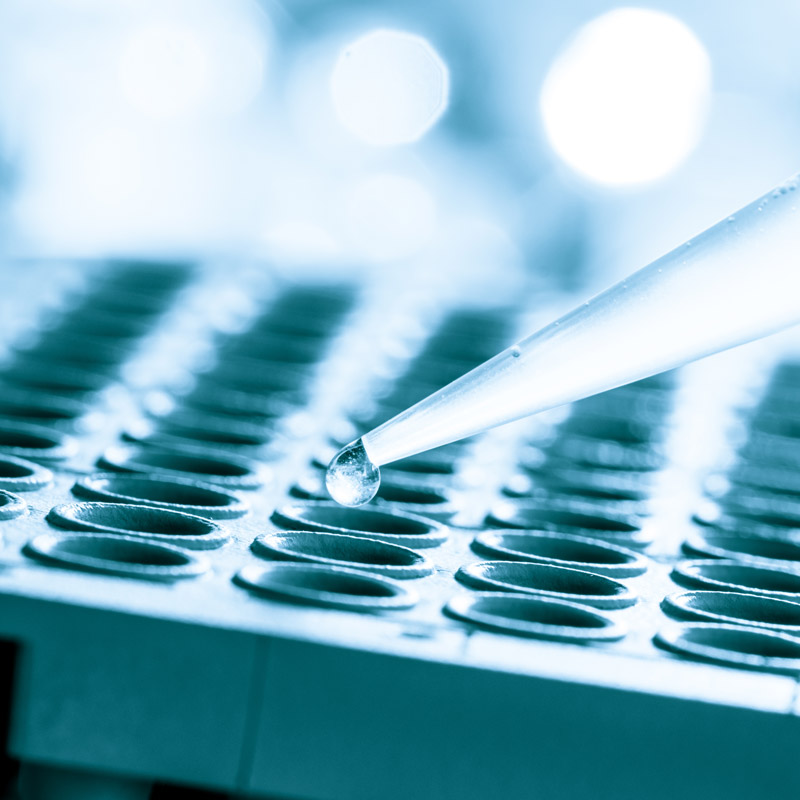 What is gene knockdown?

Gene knockdown methods temporarily stop or decrease the expression of one or more targeted genes. If the cells or model organisms survive a knockdown event, they can recover and eventually begin to express the gene as before. Unlike knockout and mutation/knock-in methods (which permanently alter genomic DNA sequences), gene knockdown methods have traditionally involved interfering with RNA molecules (either mRNAs or non-coding RNAs) natively produced by cells. Traditional gene knockdown does not affect or even involve host DNA. However, a newer knockdown technique derived from CRISPR genome editing uses a protein known as dCas9, which is a mutant, enzymatically-dead form of the CRISPR-associated protein Cas9. dCas9 can cause specific knockdown effects by interacting with host DNA instead of interfering with host RNA. Conversely, another CRISPR-derived knockdown approach, using the Cas13 family, does affect host RNA.

What is the difference between gene knockdown vs. gene knockout?

Gene knockdown is a major approach which has long been used in cell and molecular biology research to determine the function or role of a given gene. In addition to basic research on gene function, gene knockdown is also used therapeutically. Two examples of gene knockdown-based therapeutics in current clinical use are patisiran and givosiran. Patisiran is FDA-approved for treatment of hereditary amyloidogenic transthyretin (hATTR) amyloidosis with polyneuropathy, and givosiran is FDA-approved for treatment of adults with acute hepatic porphyria [1]. Both patisiran and givosiran are siRNA-containing drugs that decrease the expression of specific disease-causing proteins.

Traditionally, there have been two major approaches to decreasing gene expression transiently that involve using RNA to base-pair with host RNA. Although successful, these methods have been challenging, as it is difficult to find a good RNA sequence which interferes strongly with the desired target and not with other RNA sequences. The traditional RNA-based methods are as follows.

This approach uses a small piece of RNA that is converted by cells to siRNA, which then functions just like exogenously-introduced siRNA. shRNA is useful because it can be delivered to cells by viral vectors. This system allows scientists to control the expression of the shRNA with inducible promoters and allows simultaneous delivery of other genes [2]. At high levels, shRNA can cause toxicity to cells [3].

Antisense oligonucleotides (ASOs) are DNA oligos, typically 15–25 bases long, designed in antisense orientation to the RNA of interest. Hybridization of the ASO to the target RNA mediates RNase H cleavage of the RNA, which can inhibit the function of non-coding RNAs or prevent protein translation of mRNAs. Steric blocking ASOs can also prevent the RNA from interacting with other proteins including protein translation machinery.

CRISPR is widely known as a tool useful for complete gene knockout. However, there are also three major ways in which CRISPR can be used to cause transient gene knockdown.  These approaches are as follows:

dCas9 is directed by guide RNA to a target site in the genome, where it binds but does not cut the DNA. Thus, dCas9 can block transcription when it binds, for example, to the promoter or regulatory region of the targeted gene [4]. The DNA sequence is not altered, so when the cell naturally clears the dCas9 enzyme, the targeted gene is free to be expressed again.

CRISPRi: CRISPR interference, using dCas9, in combination with other proteins

This works by coupling an effector domain (such as Kruppel associated box, KRAB, which binds and represses transcription factors) to dCas9 to repress transcription [5]. The dCas9, while in combination with the effector protein, still is directed by guide RNA to a target gene. The effector protein helps cause a repression of transcription. As with the above method, the DNA sequence is not altered, so when the dCas9 is cleared, the targeted gene is expressed again.

Unlike the well-known Cas9 and Cas12a (Cpf1), which target and cut DNA, the Cas13 family of enzymes targets and cuts host RNA and has successfully been used to knock RNA down. However, Cas13 enzymes resemble Cas9 and Cas12a in an important way: they are all directed to their targets by guide RNA. The Cas13 enzymes used for RNA knockdown include Cas13a, Cas13b, and Cas13d [6-8]. Since Cas13 enzymes target RNA rather than DNA, the DNA sequences are not altered. Cellular removal of the Cas13 nucleases will stop their effects on host RNA, allowing normal gene expression again.

Short oligonucleotides that localize to the nucleus and provide a pathway for gene silencing by the RNase H pathway.