CRISPR delivery of the essential components necessary for gene editing, including the ribonucleoprotein made up of a Cas enzyme and a guide RNA, can be carried out in a number of different ways. In cell culture, delivery often requires electroporation or lipofection. Other methods, such as microinjection, may apply when delivering CRISPR reagents to multicellular organisms. 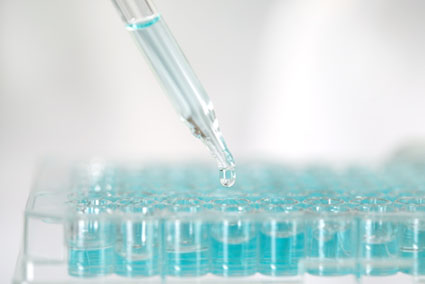 CRISPR genome editing allows certain changes to be made to the genome of any cell type, but this is dependent on getting the CRISPR components into the cells that need to be edited. The basic components for CRISPR include a Cas enzyme and a guide RNA (gRNA). The gRNA itself may consist of one or two molecules of RNA. The Cas enzyme must complex with the gRNA to form a ribonucleoprotein (RNP). Getting all these components into the cells at appropriate concentrations and with good timing is crucial.

Plasmids vs. RNPs for CRISPR

The Cas enzyme and guide RNAs can be delivered as RNP complexes or can be expressed using a vector such as a plasmid or virus. Delivering the Cas enzyme and the guide RNA as an RNP complex has many advantages over expression vectors and therefore is the suggested approach.

Delivering RNPs involves binding of the Cas enzyme to the gRNA on the bench—outside of the cell—and then bringing it into the cell as a complete RNP. If delivering an expression vector such as plasmid or virus instead of RNP, there is greater risk of off-target cuts and/or integration of plasmid or viral vector DNA (including the Cas gene itself) in the genome of the targeted cells. RNP delivery also allows much faster initiation of gene editing than vector delivery.

There are several different methods for delivering CRISPR components into cells. Major methods are shown in Table 1 and discussed below.

Table 1. Major approaches to delivery of CRISPR reagents into cells.

Electroporation for homology-directed repair (HDR): Electroporation of RNP is also the method recommended by IDT scientists for HDR, using a single-stranded oligodeoxynucleotide (ssODN) as the donor DNA. The RNP complex and the donor DNA are electroporated together in a single step.

In lipofection approaches, lipid molecules are used to surround the molecule to be delivered. The resulting complex, the liposome, can fuse with a cell’s plasma membrane and release its contents into the cell. If a lipofection protocol for delivering non-RNP molecules (e.g., plasmids) into cells in culture is already known to have high efficiency in a certain cell type, it may also work for delivery of RNP in these cells. We currently recommend Lipofectamine® RNAiMAX or CRISPRMAX™ reagents (Thermo Fisher Scientific) for RNP delivery.

Other RNA-specific reagents may work as well. However, in our research, most classical plasmid and small RNA delivery reagents perform poorly with RNPs.

Microinjection techniques are usually used for oocytes and embryos. In comparison to electroporation and lipofection, microinjection is labor-intensive, costly, and time-consuming, requiring skilled lab workers and special equipment. It is slow because each embryo needs to be injected individually. Injecting fertilized zebrafish oocytes has resulted in precise CRISPR genome editing [1].

Nanoparticles, small particles made of a variety of materials, hold promise for delivery of CRISPR components in adult mammals [2,3]. Nanoparticles can deliver many kinds of compounds or drugs to certain cells based on a variety of technological approaches that have been developed in this area. Gold nanoparticles have been successfully used to deliver RNPs consisting of gRNA and either Cas9 or Cas12a to the brains of mice [4]. Nanoparticles using other materials such as zinc ions for delivery of CRISPR components are also being explored [5].

Several viral vectors have also been used for delivery of CRISPR-Cas genes and guide RNA genes, but these can introduce unwanted and potentially dangerous consequences, such as integration of Cas genes in the mammalian cell genome, so these vectors should be used only with great caution if at all [6].

There are many published protocols available for delivery of large molecules such as DNA and proteins to a wide variety of cell types. For many organisms, including zebrafish embryos and C. elegans, IDT customers have shared delivery protocols to support the research community. IDT scientists, in collaboration with other researchers, have described RNP delivery in zebrafish [1]. In plants, all of the delivery methods described above may be successful, in addition to several plant-specific methods such as particle bombardment and Agrobacterium plasmid delivery [7]. As with mammalian cells, it would be prudent to avoid methods that could introduce Cas genes into the plant cell genomes.