Jeff Horrigan | Jul 3, 2020
IDT technician Mark Phillips has a passion for fixing, rebuilding, restoring, and refurbishing, which he showcases on his YouTube channel.

If one is to believe in destiny, it’s only makes sense that Mark Phillips was destined to be a part of Integrated DNA Technologies.

IDT was founded in Iowa more than 30 years ago by University of Iowa professor Dr. Joseph Walder, whose legendary passion for innovation and invention resulted in more than 35 U.S. patents as well as groundbreaking products and processes that have advanced scientific research and discoveries all over the world.

Dr. Walder valued patience, positivity, and intellectual curiosity, and he wasn’t afraid to experiment with unconventional methods and techniques. In fact, in the early days of IDT, he kept the company independent and free of the need for investors by trading labs oligo credits for used or underutilized synthesizers, which he would refurbish and return to original working condition.

While he never met Dr. Walder, Phillips undoubtedly would identify with the traits and mindset that set him apart in his field. Raised near IDT in Iowa City, Phillips was the son of an electrical engineer in the University of Iowa Department of Physics and Astronomy who showed him the value of handiwork.

“From an early age, I watched my dad build and fix everything in the house, and it stuck with me,” he said. “In most households, if something breaks, you go buy a new one. That was not the case in my house. If the TV or the VCR broke, my dad would drag out the oscilloscope and tear it apart right there in the living room.” 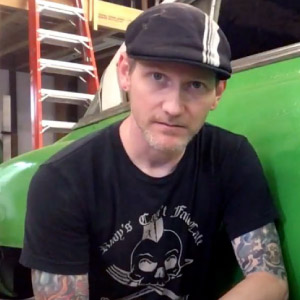 Phillips watched and learned. And experimented. It led to a passion for fixing, restoring, refurbishing, and tinkering. It also led to a popular YouTube channel, as well as a position as an equipment service technician II on the Flex Team in IDT’s Engineering Maintenance Department. It seemed only appropriate that Phillips would end up with a company that continues to thrive thanks to DIY ingenuity and customized solutions.

“I love being a part of such an innovative company,” he said. “I’ve had so many jobs that seem trivial in the grand scheme of things. IDT is directly contributing to research to diagnose, prevent, and cure illnesses. It’s pretty awesome to be part of that, even if my individual role is small.”

Phillips’ team is responsible for lab moves, machine upgrades, and other special projects. The latter two responsibilities are also two of the primary aspects of his YouTube channel. He started it to document his many projects, which include electronics and home repairs, problem-solving, rehabilitation of a massive horizontal band saws, and the building, restoration, and conversion of a vintage 1953 Chevrolet 2-door hardtop into a traditional lowrider.

“I was watching a lot of makers on YouTube and I thought, ‘I can do that,’” Phillips said. “I never claimed to be good at communicating, teaching, video editing, or any of the things required to be a successful YouTuber, but I thought if I could just take people along on some of my projects, they may learn something useful from it. I have no big dreams of being rich and famous from YouTube. It’s just been a way to share some ideas and have some fun.”

Viewers from all over the world have provided universally positive feedback and reviews, marveling at projects such as the exhaustive and seemingly impossible repair of massive recording studio equipment that had been all but given up as hopelessly damaged and deteriorated.

“I do hear from people all over the world,” Phillips said. “Most of the communication is from people that applied something I did in a video to something they were working on. It’s most common when I fix some obscure piece of electronics. I might never see another one in my lifetime, so that knowledge would be lost. But if I film the process, the people spread all over the world who also own the same machine can, hopefully, find my video to help them fix theirs. That’s really what it’s all about. There’s no sense in learning all this cool stuff just to keep it to myself.”

Other than being mechanically inclined, the key to any successful tinkerer, repairer or restorer is self-confidence, steady nerves and an innate fearlessness. A skateboarder, pit bull lover and hardcore musician, Phillips checks all of the boxes.

“I wouldn’t call myself fearless!” he said with a laugh. “I know my limitations and I am confident as long as I stay within them. I’m just a guy who likes to do stuff.”